As we welcome the fall season, John Vadala, our sales manager at Campers Inn RV of Kingston, looks back on one of his favorite stories from the spring:

I personally administer most of the consignments here in Kingston. This past May, I walked out back to inspect an RV on consignment which hadn’t moved in months. As I approached, I saw a robin fly out from underneath the front of the hitch pin. I went to investigate and discovered a bird’s nest built into the hitch pin box of the fifth wheel.  As I looked closer, I saw four light blue eggs in the nest. 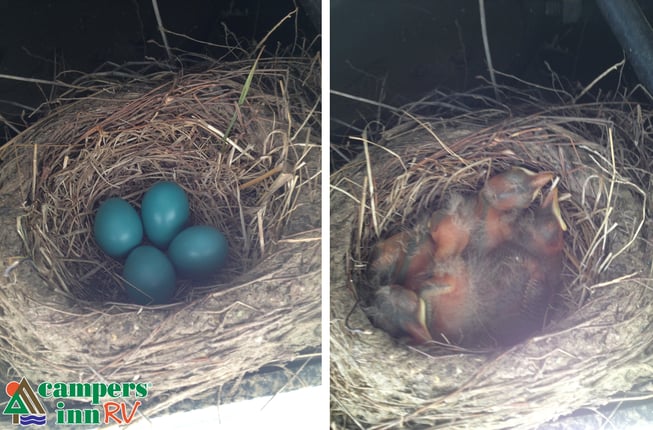 The RV had to be moved soon to display for sale, and, as a nature/animal enthusiast, I now had a problem to solve. Knowing what I know about birds, territory, and scents, I had to figure out a plan to move the nest safely. I couldn’t move it too far from its original location, and I couldn’t compromise the integrity or structure of the nest.

This robin had been resourceful enough to build her nest with complete protection from the ground, elements and intrusion, and I had to duplicate all that somehow. After trips to Walmart, Tractor Supply and other stores for ideas, I asked one of our veteran sales staff, Bob Blair, to help me make a three-sided, recessed base birdhouse with a roof. Using scraps of a rubber roof, stain from home, glue and a bird feeder base pole set I found at Walmart, I built a substitute shelter which mimicked the fifth wheel tongue box. I mounted it in the ground out back behind the fifth wheel within 30 feet of the nest. Next, I had to physically move the nest, which was difficult because the chicks were now hatched. 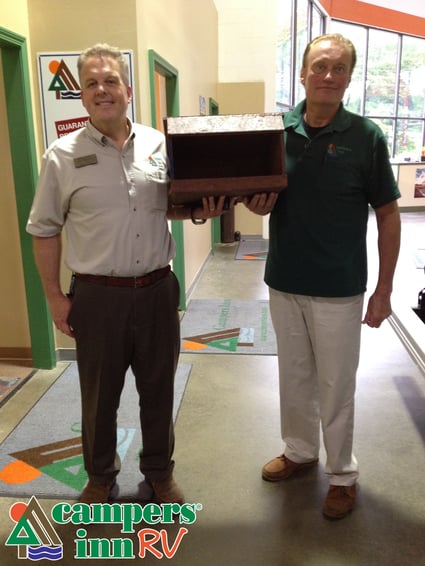 Late one morning, I made the move. I placed the nest and chicks in their new home and nervously waited to see if the mother robin could find her chicks. It took over four hours, but she was successful. She located the nest in its new birdhouse and within two weeks, the chicks moved on. It was a success story and an unlikely twist on a consignment deal. 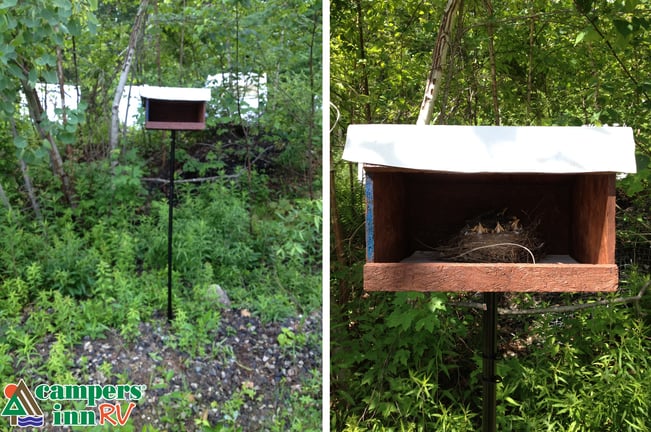 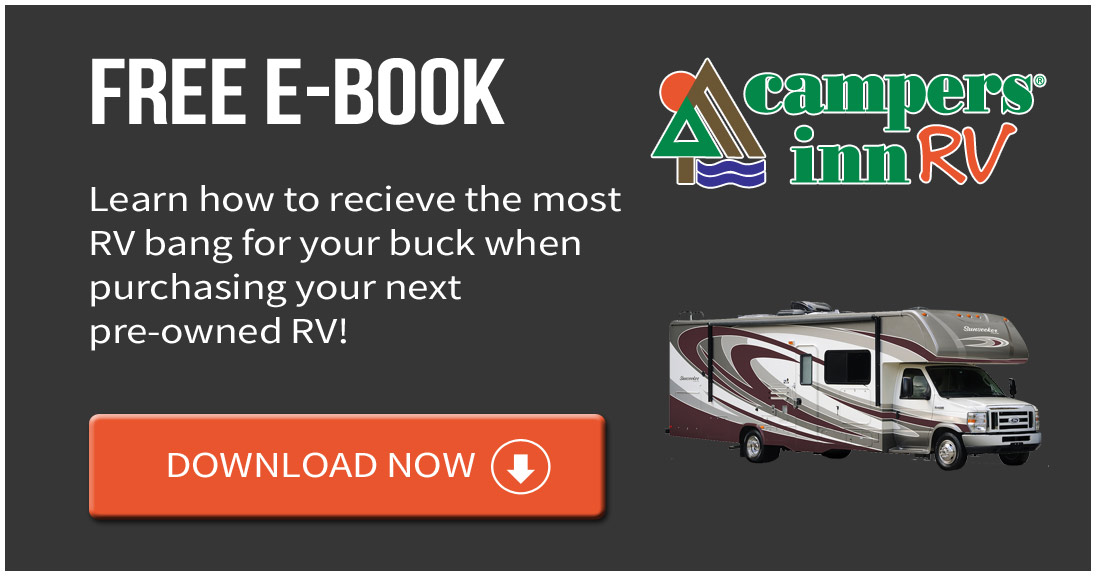 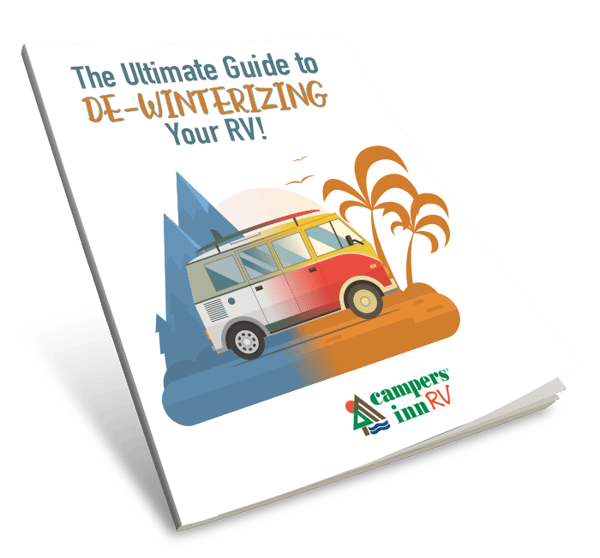